Friday Night at the Movies – Burn After Reading 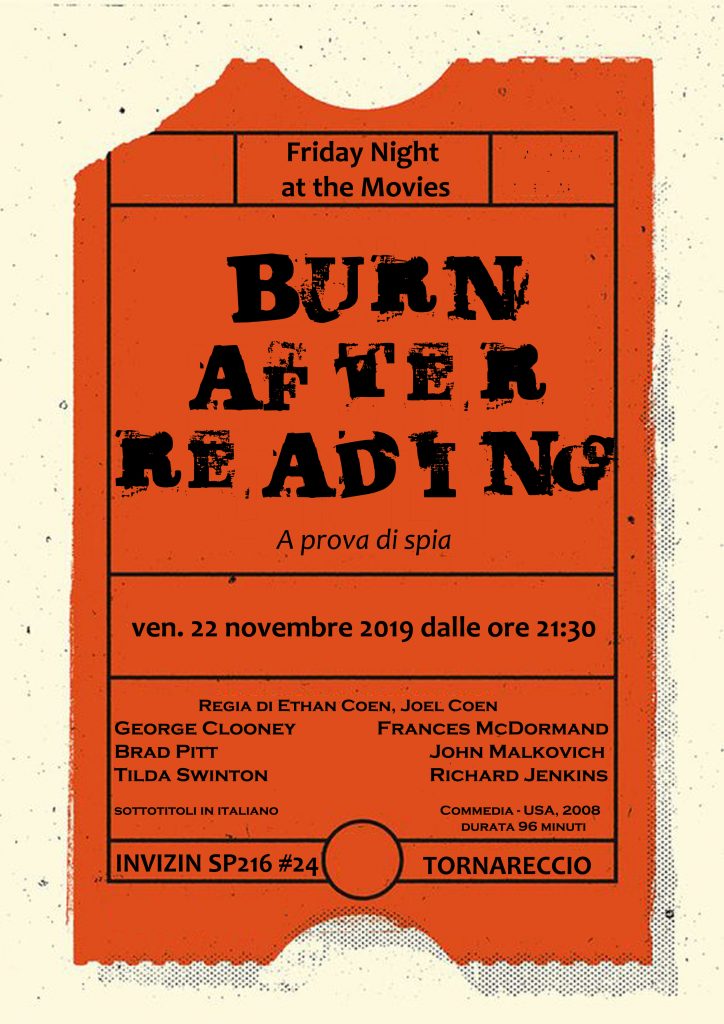 An evening to watch one of the funniest spy thrillers ever made!

Although Joel and Ethan Coen’s Burn After Reading came out eleven years ago, its hilarious take down of Washington shenanigans—from X-rated political secrets to people trading in top-secret dossiers—feels remarkably fresh, like just another day of coverage on CNN. Indeed, GQ Magazine calls it “the Perfect Coen Brothers Movie for the Trump Era.” But what makes the film timeless is how skillfully the writing-and-directing duo render man’s eternal silliness. When a pair of dim-witted gym workers (Brad Pitt and Frances McDormand) find the lost tell-all memoir of CIA analyst Osbourne Cox (John Malkovich), their clumsy attempt to extort money for its return unleashes a wave of craziness that sweeps up everyone in its wake, including Cox’s wife (Tilda Swinton) and the U.S. Marshall with whom she is having an affair (George Clooney). The madcap antics of these political players teach us an important lesson claims IGN: “It’s perfectly alright to enjoy some dumb fun—especially if it’s smartly done.